These Christian Dior brooches incorporate a few of my favourite things: they have pearls, rhinestones, drops, size, and they are vintage. And fifty plus years after they were made, they still wow.

Despite the fact that the pearls are peeling on the one on the left, I still wear and love them. Dior worked with many manufacturers but these, marked Made in Germany, were likely produced for the firm by Henkell & Grosse. They used high quality plating, rhinestones and glass pearls.  And the earlier pieces are mostly dated on the reverse, which is incredibly helpful to collectors. Too often, costume jewellery was seen as cheap and disposable and higher end manufacturers who signed and dated their work showed their pride in their designs.

I fell in love with the one on the left when I saw it in a book years ago and finally tracked it down on Ebay. Interestingly, it is dated 1961 and the one on the right, so similar in style and materials, was dated 1966. On the cusp of the flower power revolution, it must have looked extremely ladylike and, well fusty. Now, I think it just looks glorious. 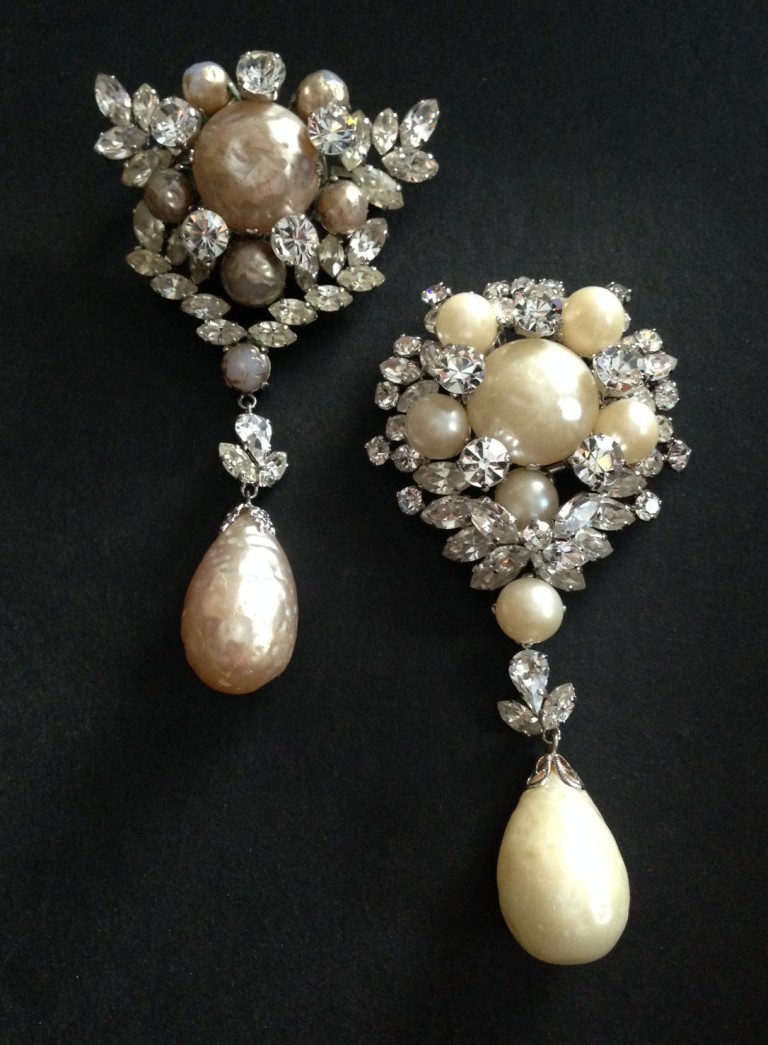 2 thoughts on “Jewel of the Day: Christian Dior Vintage Brooches”

This site uses Akismet to reduce spam. Learn how your comment data is processed.